Captives vs. Prisoners
I want to talk to you guys about captives and prisoners. These area two kind of people, I want to talk about how to get people free and how to keep them free

Truth will set you free
John Chapter 1: you will now the truth and the truth will make you free.
The word truth here is from where we get the word reality.
We say either logos tor he written word of God. Or Rema -The spoken word of God.

If somebody needs to know reality to let them free, what keeps them then in prison. Understand that if it can feels real, it looks real, but it is not real.

When you get into a movie, you can get so into it and it feels so real. I like going to superhero movies.

What I am trying to demonstrate, you have the capacity to feel a lie, as if it’s true. When it’s not true at all.

Because it feels real, doesn’t mean that it is real. This is how demons get in. They take a lie, and make it feel true. When it feels true, you believe it. What ever you believe you empower.

The word Greek “Dunamis” mean power! Jesus said all authority has been given to me on heaven and on earth. We are establishing authority to cast out demons. The devil has no authority any more.
In the beginning God gave man authority, and man gave it to the devil. He took the authority that God gave him and gave it to a different ruler.

The son of God, become a Son of God, so that sons of man could be sons of God.

When Jesus was tempted in the desert, the devil said to Jesus, “I will give you all the things of the world, because they have been handled to me.” Adam gave it to Satan

God is in charge, but you are in control! Man is in control. Who is charge of man? God is. A believer has authority.

The devil has no authority on using his power.

Example
A police officer has a badge (authority) and a gun (power).
The devil has no authority and less power.

How does the devil get into a life of a person?
He gets there in two ways
– What you believe you empower.
– He gets in there by sin, when you sin, you empower the devil.

Revelation from God, sets you free
If you see through the lens, Jonny doesn’t like me for example?
That’s way it’s only revelation the change you.

Someone told you a lie, and for the rest of you life, you look to find a validation for that’s lie.
My first stepfather called me stupid ass, said Kris.

When someone tells you the opposite of what you believe to be true.
You can believe the truth, the truth sets you free!
I am telling you how easy it is for you to believe a lie.

Analogy Airplane
When you fly, you have to trust the instrument.
Sparrow disorientation, is when you fly and your feelings disorient you.

Feelings and Freedom
Your feelings are great slaves but terrible masters. They should be listened to, but not to be mastered.
We believe a lie, because it feels true. You have to decide if you are going to trust your feelings, you do not trust your instruments.

You open your self to realms, when you believe lies.
Demons are persons, its like people who don’t like you.

What ever you misdiagnose, you will mistreat it.

Because lies are open doors to demons, and lies are invited in though wrong believe systems, whiz is directly connected the way we see and the way we hear.

Have you ever had someone sending you a text? And you think it is an attitude towards you. They sent a text, you but the attitude.

Core values = the accent, what you see, what you believe?
Core Values = what

When you know the truth, the truth will set you free.

Often gradually people will get free as they will know the truth. It can be a day, hours, or a few weeks. As they learn the truth, find the truth, the virtual reality leaves.

You can’t get free from what you don’t know you have.
Sometimes we have a tendency to believe lies that aren’t true.

The first person you connect with in a romantic way has a lot of power over you life.

It takes Jesus to tell somebody, you are beautiful!

A person with deaf and dumb spirit, will often cause a person to be deaf and cant speak.

Captives believe a lie, gives power to the demon. When the truth comes, the spirit has no right to be there.
Sometimes 3, 4 lies are attached to one thing.

Prisoners
Those who are prisoners have sin issues and unforgiving issues.
Matthew 18:21 – Peter came to Jesus and said how many time should I forgive? Rather 70×70 times?

My heavenly father will do the same to you, if you do not forgive your brother from your heart.

The number 1 reason people are demonized is through unforgiveness.
Jesus died for you, He forgave you for everything.
You need to forgive people for everything.

There is a side effect if you don’t forgive and that is tormenting.

Second reason is self-petty
If you want to attract evil spirit, have self-pity.

Jesus rescued us from hell. Hell is what we deserve.

Sometimes you get people delivered, your fight against God. You need to know why people have this, if they have anger, self-pity, unforgivness, then the tormenter has a right to be there. You need to set them free.

The worst thing with adultery is that it attracts spirits, and those spirits will wreck your life.
First you choose to sin, then sin choose you! The power of sin is a spirit.

What happens when you don’t forgive?
You then have a problem with God. When God freed you, you should not have anyone in debts. Jesus is your king; he forgave you all of your depts.
What if they did it on purpose, it’s what forgiveness is all about.

Ask people questions, How is it with your dad, relationship with your mum, has anyone been mean to you?

When you do deliverance

– Tell people what you are doing, so you don’t need other people when it comes back.

Evil = a perversion of the truth.
God created free will! Because love requires free will!.

Lay hands on people when you pray don’t be afraid. Because greater is he who is in you, then he who is in the world.

Notice: Trying to access array offset on value of type bool in /customers/9/9/b/kingdomlifestyle.org/httpd.www/wp-content/themes/Extra/includes/et-social-share.php on line 37 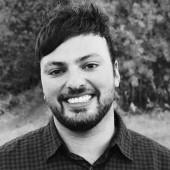 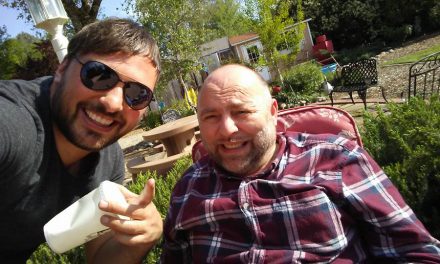 How to thrive, coming back Home after Bethel