I decided to head up to Bodø. Went there from 2. January – 4 Jan.. I didn’t plan any thing before going there. I trusted that God had something specific for me to do there . I just felt like I should travel there. When I was in Redding in December. I felt that God wanted me to go to the city Bodø during Christmas break.

It was a lot of fun being in Bodø, I love the city and I love the people there.I took the train at 6 o’clock in the morning from Mo I Rana & arrived Bodø at 9 am with the train.

Everybody is totally super duper awesome. They are super cool Norwegians . Especially the Christians from celebration and mission church. Snap! They are awesome. Eirin, Lisa, Michelle, Renate, Guro, Anita, Bente, Rolf , Roger. They are really amazing. Here is a brief note about what’s been happening during the weekend. Saturday 2.Jan:

A guy encounter Jesus Christ at the shopping mall “Glasshuset”
we walked to the mall. I felt like doing some ministry. I then saw 2 guys sitting on a bench and I felt that I wanted to talk with Them. I asked Holy Spirit for what to say. Eirin And I went over to them and we talked to them about God. They where kind of open. And one of the guys let me pray for him. I prophesied over him and could see he got touched by those words .
The funny thing was that the other guy recognized me from last summer. I had met him in Bodø in the summer during mission trip. And I had actually prophesied over him . It was really cool meeting them again. Eirin talked to the guys and we told them about Christians youth work in Bodø.
We didn’t see any explosion but we got to saw a seed in their life, which is really good

Healing meeting in Anitas House.
Later that Saturday Eirin and I went to Anitas house. She is an amazing intercessor in Bodø.
We went to her house just to say Hi. It was really nice meeting her again.
She invited us in and we where sitting there talking with her.
We ended up with having a small healing meeting and then we had a bit sweet soaking!

I started with sharing about my supernatural experiences in Redding. Telling about the Bethel school And I shared some testimony about legs growing out. One of the testimony was about a guy who became almost 2 inc( 4 cm) taller.

Then Anita said:” that’s she also wanted to become taller”. I said” yes, of course Jesus can totally grow your legs out”.

Then we held up her legs and measured the legs . And we started praying and we could actually physically see the legs growing out. We could see the legs moving. Both of them and it was amazing. The left pasted the right one and the right one pasted the left one. It was freaking amazing. Anita could also feel tingling and something starching her leg out. Yeh God!

A leg supernaturally grew out 1 cm

We called up hers Son, who is something like 17 years old. He wanted to become taller as well. He then sat down on a chair and we measured his leg and we could actually see that the right leg was almost 1 cm shorter, (half an inch). We prayed for the right leg and we commanded the leg to grow out. And we could see the right leg moving and it grew out and it became even with the left leg. I asked him to test it out. as he tested it out it, he said that it felt much better. He had been struggling a little bit with his back before. But now he is healed!!! In Jesus name!

Then We went to Tverrlandet. Which is 20 min way from Bodø. We where gong to join a youth meeting, which they where having there. There was teenagers from a congregation called Celebration

It was really nice, there where about 10 teenagers at the meeting.

I was asked if I wanted to share and teach some stuff. I talked & introduced myself and I shared some amazing healing testimonies and some basic teaching about the prophetic.

Then We activated the youth’s to prophecy. Many of them had newer prophesied before. So they where really unsure on what to do.

One of the prophetic practice we did was :

1. People had to couple up. 1 and 1. Then I had them to prophecy the name of their partners mom and dad, color of the room and the persons house.

2. Then they had to say 5 positive stuff about each other.

3. Then we prophesied over people individually.

It was pretty amazing. And many of the teenagers where right on and had a full score in name and color. It was pretty cool. Some of the guys even received prophetic picture. One of the guys told me some of my parents name during the practice.

One of the guys said: “ After the encounter team where in Bodø last summer I haven’t been the same. I have been having more faith in God and I believe in his supernatural power, actually the team prayed for me and my left leg that was shorter grew out.”It was so fun to see them getting activated in the prophetic. Yeh, Jesus!

I was invited to share about some of the amazing stuff God is doing in Redding. During the meeting Maylis, who is a 1 year student at Levanger School of supernaturally ministry, she was sharing about her school and what God has been doing in Norway during the last months. It was amazing listening to her. Wow God you are amazing

I shared about what God has been up to in Redding the last months and some healing testimonies as well.And I tried to make the people hungry for more of the supernatural.

Then we gave some words of knowledge, Word of knowledge is Supernatural information about a situation that’s God gives you revelation about. Some thing you couldn’t know with your natural senses.

The words of knowledge where: Tooth pain, shoulder problem, stomach problem , cold hands and some other sicknesses.

Actually everybody responded to the words of knowledge. Which is awesome.

I started feeling the Holy Spirit filling me up with strength and power. I felt the healing anointing streaming out of my hands. I felt electricity and fire manifesting. Yeh Jesus!

Then We had a prayer line, we then prayed and ministered to the people.

Many of the people who came for prayer. They received accurate prophetic words that was right into their life. Others where healed, here is a few testimonies :

Lady with shoulder pain, completely healed, She felt something happened to her intestinal system

Lady encountering the presence of God, The Holy Spirits fills her up and is

filling her with Joy!

A man get prophesied over and He gets super encouraged.

Prayer meeting at the salvation army.

Then we went to a prayer meeting at the Salvation Army. Where people from different churches where gathered togehter in prayer. It was good being there. I could totally feel the presence of God. 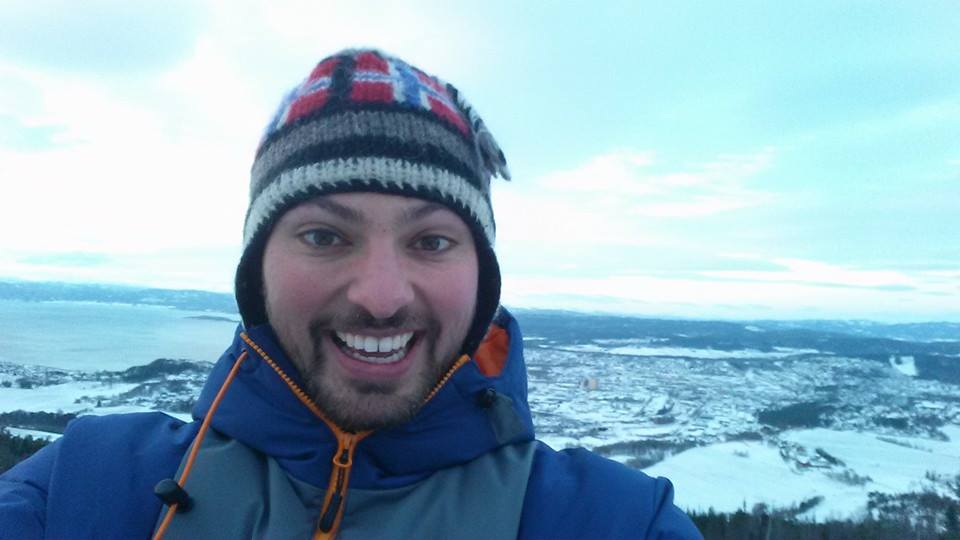