During Second year at bssm, I had the honor of traveling with Chris Oversrtreet to Ventura. That trip was a real blessing, a huge blast!
Saturday Outreach :
I lead a team with 4 people. We went to the beach of Ventura. We talked to many people about God and we gave away 30 flayers.
We met a lady that was about 40 years and her 2 children. They were from Mexico. We prayed for them. Her boy had a cast on his ankle that he received after an operation. I don’t know what happened , he couldn’t test it out.
We takes to many other people,. Many experienced the love of God. Other rejected us. But God is good.

Chris Overstreet Preached a powerful message. Three people got saved. Miracle started happening as Chris called out word of knowledge. A Man with vision problem got healed. Neck pain healed, ankle. Also a hymnia started to shrink. Praise God! !
I prayed for the man who got saved, he had back pain. One of his leg was shorter then the other, I Prayed and his leg grew out an he was healed.

I got in touch with this awesome lady who loves Israel, I gave her my phone number. So that’s pretty cool. I got her number as well.

Sunday meeting 11- 12.30
At Avenue community church.
We had a curch service at Avenue community church.  Half of the team was there with Grant, Caleb, Andy, Ole Kristian Årdal and myself.
We had worship and there was so much freedom in the house. We sang different song in the mic during worship, since there was an open mice. We song , happy, Jesus, happy God. Then we had a glory train, lots of people joined us and we where all jumping around.
Andy Piggot was preaching about kingdom God &  ole Kristian Årdal preached about Love. The love of God.
I ‘Daniel’ preached about identity, knowing who you are in God and intimacy.
I also shared the testimony about a guy getting taller. Yeah!!
During the meeting we released words of knowledge.
3 people said that they received a better vision as Caleb Gebrant released the word of knowledge for vision increase.
1 guy gave us his glasses, since he got healed.
I prayed for different people, I got to prophecy over Paula and Jim. Holy spirit released some amazing prophetic words into their life and Many confirmations for what Chris O had been prophesying over them:)
We had an alter call. Seven people gave their life to Jesus.
Then the power of God came and the healing anointing got released

Santa Barbera On the way back to Redding with went by Santa Barbera to do some Surfing. Yeah God – You area so amazing lord.

By Daniel
Girl healed from back pain, and headache as the word of knowledge was given. She stood up and got healed.
A Man with ankle problems received healing as he stood since the word of knowledge was called out.
One boy had an amazing encounter with the presence of the Holy Spirit as I prayed for the baptism of the holy spirit.
Three girls experienced gold dust on their Hand.  The grace for receiving gold dust was imparted.

We gave some great prophetic words to the people for encouragement.
Everybody, on the team gave words of knowledge. Very powerful.
We invited Holy Spirit to come and touch the youths. Many experienced peace joy and the power of God.
There were probably about 30 young people from the age of 15 to 29 years old.
They were super blessed by the team. They received a great touch by God.
I remember one girl in particular who passed me, as I saw her. God told me “she is a living sign and wonder, release gold dust upon here.”
I went over and prayed for her. I said to her;  do you wanna experience Gold dust? She said :” wow that’s totally what I have asked God for . I prayed for her and this girls received a breakthrough and gold dust appeared on her hands. She started smiling and rejoiced.It was an amazing experience to be in Santa Barbara

Our Host lady Eliane was healed.

Caleb and I stayed with a wonderful host family originally from Mexico, they needed prayer, On our last stay with them, Caleb and I ministered the sweet healing power & love of God.
The husband’s wife that we had been staying with, struggled with back pain, her spine wasn’t curved right. Her shoulder blade where sticking out to much. She had been suffering from back pain for more then a year.
He shoulders were in pain, she couldn’t lift up her hands higher then to her shoulders. Her shoulder problems had lasted for about three months.
Her fingers were in pain, week, she couldn’t open a water bottle & she couldn’t cook because of hand pain in her hands.
I started to pray for her, I placed my hand on her back together with her husband. Together We released the fire of God.
Heat went through her body. Her shoulders got healed, she could then move them with out pain, she managed to lift her hands up far above her head. That was something that she hadn’t been able to do for months. Which is amazing thank you Jesus co what you are doing. Thanks lord. Yeah Jesus.!!!
Her fingers got healed and she tested it out by opening water-bottle
Her neck felt better then before, she could now move her beck without any pain. Then we felt that god had started to heal her back curve.
And she was able to stand for about 25 min, that’s something she couldn’t do before. Also her right leg grew out  quart an inch. Praise God!
So what happened actually happened to her, was that her Neck, shoulder, fingers. And her back got healed.
It was curved the wrong way , after we prayed, the fire of God came on her back.And the curve started to be healed. 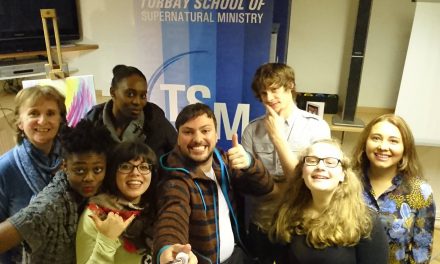